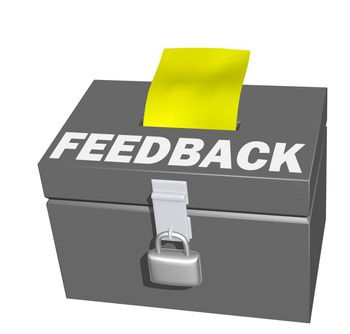 My guest post at the #nhssm website considers the challenges of using social media for patient feedback on their care. Please read it on the #nhssm website and leave comments there. Alternatively you can read a copy of the post below.

When an organisation doesnt reply to a tweet they are being rude and missing an opportunity to get feedback or to engage. There are numerous examples of organisations which do this and frankly then having a social media presence is a waste of time in my opinion. It is window dressing and serves no real purpose. Anyone who mentions your service or organisation should be replied to every time without exception.

Tess Harris responds to the above:

I have no objections to NHS brands monitoring my tweets but they don’t seem very action-oriented in their responses. Eg I recently tweeted after a consultation at the Royal Free; they picked it up quickly (while I was on the bus home) and said they’d retweet my compliments to the renal team. But I never heard if that happened and I asked a couple of docs at RF who were unaware.

I also tweeted about my poor experience of requesting my patient records; they tweeted back that I should write again or try PALS – I had done that already. I was testing the record-request system, and it failed. It would have been nice if the tweet team/person had been able to do something positive after the tweet convo, but maybe they are not empowered to react to comments, complaints etc, and just have listen in and (maybe) capture what’s said.

I agree with Ali Handscomb that those NHS organisations that don’t respond to healthcare users on Twitter are being rude (especially in the twittersphere it is rude). But at least the Royal Free responded almost immediately, and I would say that is actually rather positive. I say this because I tweeted about a visit to Addenbrookes’ Hospital earlier in the year, and received a response after two weeks (and yes, I was annoyed! ). However, do we find it rude if no one responds do the feedback we leave on a comment cards at the hospital?

I don’t think the problem here is that healthcare professional don’t know how to respond or don’t have enough social media training, the problem here is to do with the way patient feedback, patient engagement and public involvement  is dealt with in the NHS in general. Furthermore, none of the NHS social media accounts (in this case Twitter) are being used to elicit patient feedback on care, and hence the engagement team or feedback team are not in control of the twitter account (but as we know the comms team are). Hence, I would suggest that NHS social media accounts be shared by both the comms team and the patient engagement team, especially if NHS hospitals find that many patients are using social media to give feedback (and I suspect this will happen in the near future). However, there are three major concerns within the NHS in using social media to gain patient feedback:

1. The lack of control on an open platform The NHS has no control over who gives what type of feedback about their services. And I suspect this is the reason why many of the NHS hospitals are not engaging with patients over Twitter or Facebook. If they engage with positive responses and re-tweet them them, they would also have to re-tweet and respond to negative responses. Are comms teams really going to re-tweet negative feedback? Do we see negative feedback on any PR material provided by any of the hospitals? Do we challenge hospitals (in fact any organisation) as to why negative feedback is almost never displayed on their display boards, leaflets and PR material?

2. Fear of breaking patient confidentiality There are concerns amongst some healthcare professionals that patients are not aware of the public nature of social media (courtesy of @amcunningham and @johnpopham). When they post something on Twitter regarding their treatment or the service they have used, the entire world can read it (when you tweet something, it is the same as shouting  the message out in Trafalgar Sqaure). Healthcare professionals are concerned that by encouraging patients to give feedback on care via social media, they may be placing them in a vulnerable position. This was suggested as one of the reasons why NHS hospitals may not be claiming Facebook venues as theirs, even though according to a mini-study by Carl Plant, the Facebook pages seem to receive more feedback than feedback received through NHS Choices.

3. Are alternative feedback methods just as effective and open as social media? From my estimates, just over 50% of all healthcare users are over the age 0f 65. Hence, considering that many over 65s are not even comfortable with using the internet, how do we expect them to be comfortable with using social media? Hence, if the NHS uses social media formally to get patient feedback which is transparent and open to all, then wouldn’t there be a need to replicate this openness and transparency to feedback gained through other methods of feedback? If so, how would that be done, and is the NHS willing to do that?

So the question is: How do we address these challenges? I can see the latter two challenges slowly eroding away in the next 30 years or so as internet and mobile usage increases and web and mobile penetration reaches close to a 100%. But what can be done in the meanwhile? For the 1st challenge, I suppose we can start addressing it by asking: Is the NHS’s fear of lack of control over patient feedback on an open platform a legitimate one?

Many thanks to @amcunningham, @johnpopham, @carl_plant, NHS healthcare professionals (who don’t want to be named), and a few others I have discussed this issue with over Twitter.