Recruiting participants for research – do we need a public participation research panel? 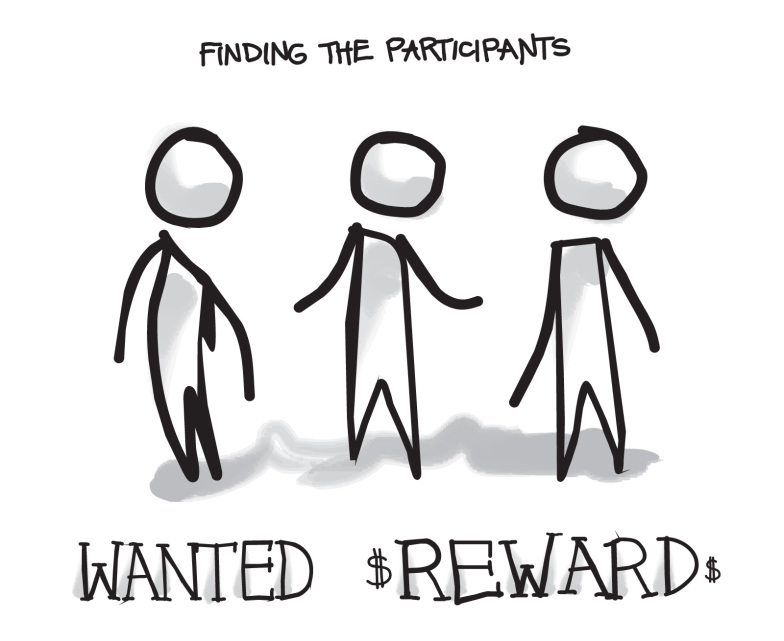 The data collection for my PhD thesis is almost complete now. Two qualitative studies, and the validation of a quantitative measure, have meant that in total I have personally recruited just over 80 people to take part in my research. I immensely enjoyed the part of the data collection stage where I had the opportunity meet people, talk to them and interview them. I love learning about people’s experiences, background and life stories. I suppose it gives me a legitimate excuse and chance to be ‘nosey’, and I have learnt a lot about life by meeting all these participants!

My first study was with GPs, and it was on a rather controversial topic of online patient feedback and ratings. Before I started the study, I was told GPs may not be willing to talk to me, and I was also told that ‘GPs are rather obnoxious’, and therefore I may be better off focusing on other healthcare professionals. However my experience of communicating with GPs on Twitter clearly suggested otherwise, although my own personal face to face experience with GPs was a mixed one. I decided to take the leap, and although recruiting GPs was painfully difficult (I have written an unpublished paper about that which I should publish online soon), interviewing them was such an enjoyable experience, and the GPs that I met were absolutely wonderful – friendly, helpful, kind and generous with their time and thoughts. Some of the GPs welcomed me into their homes; others refused to take payment for their interview. The experience challenged my misconceptions and assumptions about GPs, and I realised that it is only by meeting people and talking to people can one tackle ones prejudices about a group of people or community.

My second and third study was with members of the public. They were conducted about a year after we had moved to London from Cambridge. Living in London was daunting and isolating at first, especially because we had moved into a brand new village (which was the village built for the Olympic athletes), and had less than 50 residents living here when we moved in. However, over time more residents moved in. When I started my data collection, I put up “recruitment ads” locally (for example at our local café and library) and on the village Facebook group too. This way, as I interviewed residents, I also got to meet my neighbours, make friends, and the experience has meant that I now know many more people around the village, and there are lots more people I can now say hello to! The experience of collecting data gave me more personal benefits than I had anticipated at the start.

However, I must admit, that recruiting participants to take part in research has been challenging and at times a very anxiety driven experience, because I was dependent on participants for the research to move forward; and as a PhD student, I was experiencing that difficulty alone. In my research, GPs were the most difficult group to recruit (and that is understandable to some extent), but I found recruiting members of the public for interviews difficult too. I know that my PhD peers who used members of the public in research resorted to using others students and academics at the university. I did not want to resort that strategy, because I wanted to ensure that my participants were diverse and reflected the public at large as far as possible. My interviews with the public were only 20-30 minutes long; but even then recruiting took long and required using multiple strategies such as local adverts, online adverts, snowballing, offering incentives etc.

This made me ponder that there should be and must be an easier and less anxious way to recruit members of the public to research. I wondered why there isn’t an online public research panel for example where people can register on to show or commit their interest in participating in research and researchers can then find these public volunteer participants? I know that in the UK specific health areas like dementia or cancer have this type of panel, but I could not find an open public research panel that was not run by a market research company. I imagine an online public research panel to be a website where members of the public can sign up (with their postal address and basic demographics) to register their interest in taking part in research, and researchers (who must be registered at a university) can then search using their own postcode to see who in their area according to their criteria is willing to take part in research, and can then contact them directly to see if they are willing to take part in their specific research. The problem with being an online only panel (and thus excluding non-online users) could be mitigated by recruiting members to the panel through the post or other non-digital mechanisms.

Although an online public panel would not be suitable for studies that require random samples, I believe it would be advantageous for research that requires convenience or purposive sampling, because it could help reduce the time and difficulties that researchers face when attempting to recruit members of the public to participate in research. I am surprised that most universities do not have a list/database of members of public interested in taking part in research. Or do they?

How do you recruit members of the public to research? Would you like to see a public participation research panel for academic/research use? Would it be of any use to you? And how could one be developed that would be ethically and methodologically sound and robust?